Temple of the Ancients 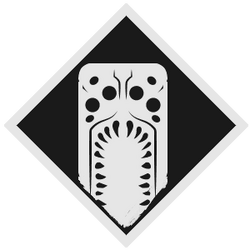 Temples of the Ancients are ruins of a long past civilization that once inhabited the Weird West.

The first who rediscovered the temples in the West was the Oneirists, when they came from the Old Home and settled in the region. While sheltering in an old cave, they felt a great power coming from under the sands,[1] and under the guidance of the Authority, dug into the cave system. There they found hewn walls, stone floors, doorways, but on a massive scale, to an extend that they needed to build their own staircases to access. The power they sensed before came from the Dreaming Tree within the ruin, which powered the inner workings of the temples.[2] This ancient ruin was later named Somnolence by the Authority and soon became the headquarter of the Oneirists in the West.[3]

To gain entry to the temples, one must find Sigil Stones which sometimes can be looted from the Oneirists. An easier way is to find an abandoned temple, usually found in desert locations (they are either labeled as Oneirist Temple or Oasis). There are usually outlaws guarding these places and they should have a sigil stone with them. They also have a low chance to appear in random containers.

Canker, Fighting Pit, and Horsetail Grotto have their own sigil stones and they can only be acquired during the Pigman Journey.

A fresco in a temple.

Claw marks of unknown creatures found in a temple.

A dreaming tree in Somnolence.

A large Nimp statue inside a temple.