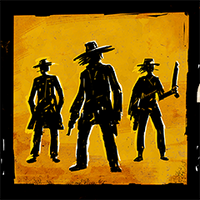 Companions are characters that can be hired or recruited to join the protagonists' posses, or sometimes accompany them as part of a quest. Companions range from lawmen, hired guns, to even outlaws; and they have different reactions to the protagonists' choices and actions. Some might feel so strongly that they decide to leave the posses. Procedural-generated companions can usually be found in saloons, while there are story characters that can join the posses as part of the main quests. 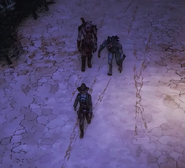 Jane accompanied by Cl'erns and Dezi as seen in a promotional video.